In just under a month, I will be speaking at my first adaptTo() on the subject of Building Mobile Applications with Apache Cordova and AEM. 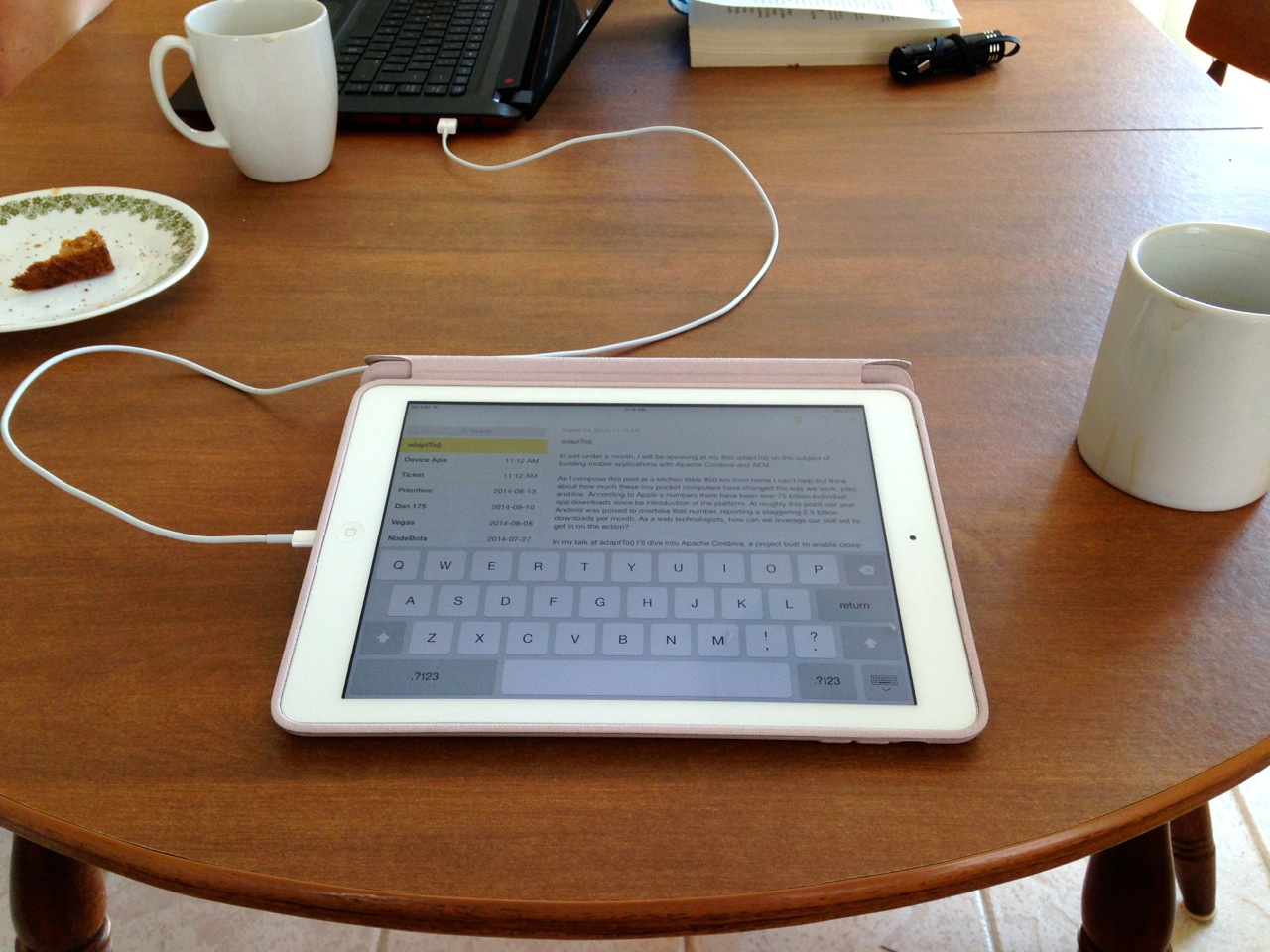 As I compose this post at a kitchen table 850 km from home I can’t help but think about how much these shiny pocket computers have changed the way we work, play, and live. According to Apple’s numbers there have been over 75 billion individual app downloads since the introduction of the platform. At roughly this point last year Android was poised to overtake that number, reporting a staggering 2.5 billion downloads per month. As web technologists, how can we leverage our skill set to get in on the action?

In my talk at adaptTo() I’ll delve into Apache Cordova, a project built to enable cross-platform app development with standards-based web technology. I’ll explore how it can be used to interface directly with Apache Sling, and close with a demo of how the AEM + Cordova integration (affectionately known as PhoneGap Enterprise) can be used to empower your marketing personnel to keep your application’s content relevant with tools they already love. Code samples will be included to get you started today - with or without an AEM license.

If you have any questions that you’d like to see addressed during the talk, please feel free to reach out in the comments section below. Hope to see you there.

Bruce is a huge fan of the open web, currently working at Adobe as a Senior Computer Scientist. Outside of the office he can be found riding bikes and spending time with family.